Breaking News
APCANAPRENG New Year Wishes
The NSIF wishes you a Merry Christmas
Social Debt Of Councils In The Centre Region: Concertation NSIF-Senate-CTD of the Centre Region
Tales And Stories From Home Told To Children
Radio Release relating to the identification ...
Radio-Press Release to the audience
Radio-Press Release to the employers and voluntarily insured persons
Obituary: Once Brilliant, Always Brilliant
Extension Of Social Security: Implementation Underway
Board of Directors: 2022 Management Report Presented
Economy Business Awards 2022: The NSIF Awarded
A CLEARER VISION OF THE FUTURE 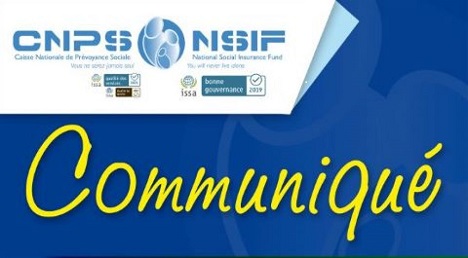 It is common knowledge that the violation by the employer of any obligation enshrined in law undoubtedly leads to administrative and civil liability (A) and criminal sanctions (B). Social security legislation is not excluded.


A. CIVIL AND ADMINISTRATIVE SANCTIONS Contained in articles 39 and 40 of Decree No.2015/2517/PM of 16 July 2015 setting the terms of application of law No. 2001/017 of 18 December 2001 on the reorganisation of procedures for the recovery of social contributions, it refers to the sanction measure provided for in specific cases. The following shall be sanctioned:

The sanction here will be for the NSIF to fix the amount of social contributions that the employer must pay as a lump amount.

The formal notice to declare is used against an employer who has not declared his salaried staff within the given deadline. As from the date of notification, the employer has a period of 7 days to regularise his or her situation, at the risk of receiving an Arbitrary Assessment with the consequence of triggering the forced recovery procedure of the mass of social contributions due, in accordance with the Manual of Tax Procedures and the decree mentioned above. It should be noted that the aforementioned formal notice is accompanied by charges for late payment.

Failure to pay the contributions within the legal deadline will result in a 10% increase in the employer's tax liability. The said charges are increased by 3% for each additional quarter or fraction of a quarter elapsed, after the expiry of a period of three months from the due date. The additional charges in question must be paid within seven days of its notification and recovered under the same conditions and within the same deadlines as the main contributions, unless there is justification for a waiver.

This is an operation to close the premises of a dishonest employer. It is carried out by representatives of the tax administration, Sworn Process Servers of the NSIF and possibly the forces of public order. This measure aims to paralyse the company and has a comminatory effect.

Any employer who organises, by means of deeds, threats or concerted manoeuvres, the refusal to comply with the requirements of social security legislation, and in particular to declare salaries paid or due or to pay social contributions, shall be punished by imprisonment of between three months and two years and a fine of between 20,000 (twenty thousand) CFA francs and 200,000 (two hundred thousand) CFA francs, or by one of these two penalties only. Thus, it would not be presumptuous to reiterate that the debts owed to the NSIF are assimilated to State debts and therefore benefit from the Treasury's privilege.

Any employer of domestic and professional labour is therefore obliged to comply with the rules laid down by the Cameroonian legislation in terms of social protection, in order to guarantee a decent life to all his employees and their families.

" YOU WILL NEVER LIVE ALONE"