The Institution and its Top Manager received two honorary awards for their support to the success of Cameroonian cinema.

The ‘Ecrans noirs’ festival partners' awards ceremony was held on the 10th of December 2021, at Canal Olympia in Douala. This ceremony comes as the curtain falls on the 25th edition of the festival which promotes African and Cameroonian cinema in particular.

For this purpose, several honorary awards were given to corporate citizens and other personalities, such as the NSIF and its Director General, Noël Alain Olivier Mekulu Mvondo Akame, for their unwavering support to the success of the project over the past quarter century. “Thank you for supporting us for 25 years. You do not fail us. You are doing very well,” acknowledged Minister Grégoire Owona, President of the Association's Board of Directors.

As a fervent defender of African values, the Top Manager of the NSIF seized the opportunity to make two major announcements that marked this recognition ceremony. These include the ongoing writing of the script of a film that aims to show Africa as “the cradle of civilisation” and the endowment of 5 million CFA francs by the NSIF, to the Cameroonian filmmaker who will propose the best scenario on the history of Africa. 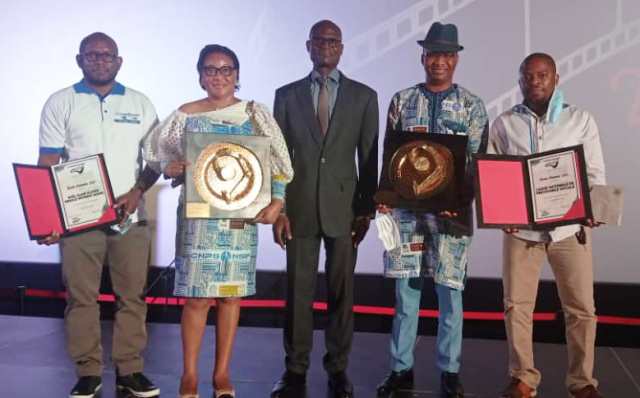