For You TV: The Director General of the NSIF special Guest to the launching ceremony

The Director General of the National Social Insurance Fund (NSIF) and his delegation attended the launching ceremony of For You TV in Douala.

8 months after the launching of its radio channel For You Radio, the media group "TON SUPER" launched its television channel last Friday 18 March 2022 in Douala. The new TV channel, that just joined the media sphere, had as a special guest on their set the Director General of the NSIF, Noël Alain Olivier MEKULU MVONDO AKAME. During 13 minutes, he answered to the questions of the channel's opening programme. 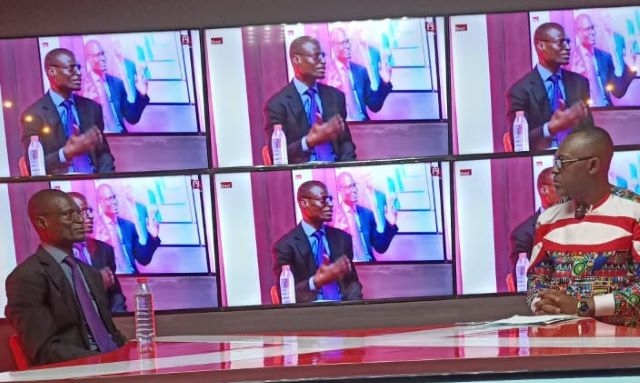 This interview started with a question related to the signature of the partnership agreement that aims at extending social security to workers of the informal economy of the livestock, fisheries, aquaculture, animal and fish industries sub-sector, in order to facilitate the registration of voluntarily and compulsory insured persons in rural areas " the voluntary insurance has been implemented at the NSIF since 2014. But this agreement that we just signed with the Ministry of Livestock, Fisheries and Animal Industries aims precisely at focusing on this particular sector, since it is an important and sensitive sector for the State and for the whole community" according to the Director General.

The launching ceremony of For You TV was ongoing while we were writing this article.

We will provide more details about this friendly visit of the Director General of the NSIF in the studios of For You TV in Douala.